PERSONAL COMMENTS
It is hard to know what to make of the Patience Worth/Pearl Curran story. Certainly people more learned than I have tried to explain her away. Most of the explanations, and the easiest one I suppose, propose that Patience was coming from the subconscious mind of Mrs. Curran, some even suggesting that Patience Worth was an alternate personality of Mrs. Curran who undoubetedly had some severe mental illness. The proof of such assertions was never totally convincing however. There was always too much information that Patience knew, that Mrs. Curran never had been exposed to. There was such a highly developed literary talent and knowledge base exhibited by Patience that it was impossible to believe that Mrs. Curran developed such talent and knowledge surreptitiously without even her closest friends and family being aware of her efforts in that direction. There were feats of literary skill and delivery shown by Patience Worth that perhaps no one, least of all Pearl Curran, has been able to duplicate. And by all reports of people who lived closely with Mrs. Curran she was as normal and mentally healthy as any woman of her day.
AMOS OLIVER DOYLE
(Continued)
Patience herself was somewhat vague about what she was, sometimes leading one to believe that she had lived on earth and at other times, indicating that she was not tied to any one time or place. But always by her mere presence and literary performance she presented herself as a very distinct and unique personality alive and well in some other dimension, separate from the one in which Pearl Curran lived.

Certainly the knowledge expressed in the writings of Patience Worth indicates that she had detailed familiarity with---no, more than just familiarity I think, she had the knowledge of one who had actually lived in the times that she wrote about---several periods of history including Ancient Rome and Palestine, Medieval and Victorian England as well as seventeenth century England , the period of time given by Patience Worth as the time in which she lived on earth. She used various English dialects appropriate to the time of which she wrote and other dialects unknown to current language scholars.

Although Patience Worth disclaimed that there was anything like reincarnation, some of her poems hint, over and over again, about return, rebirth, regrowth, reuse of the old to make the new. And she suggests these concepts as the law of nature or God's plan for the universe. In her discourse on reincarnation where she claimed that there was no such thing, one might say that she may have been discussing something more akin to resurrection of the body, rather than reincarnation of the spirit in a new and totally different body. Actually, very little is given in this rather short discourse regarding the subject in question as she rambles off in a more philosophical bent as if trying to avoid the whole issue. There are times however when she says directly, who would want to return to earth as an infant again especially when there are newer greener fields, so to speak, in which to continue development. 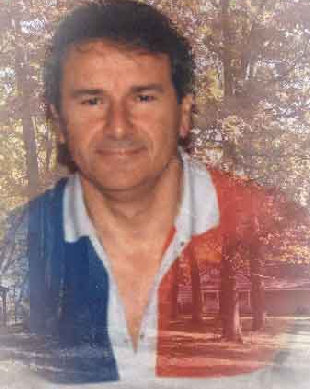